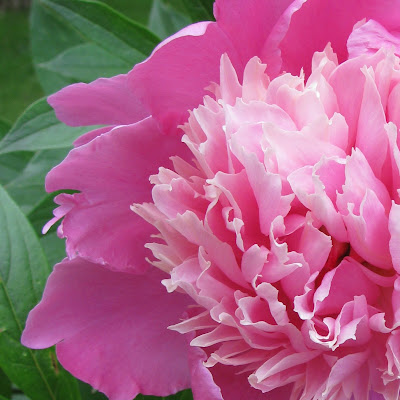 I found me some peonies last week, this was almost my best shot. I cropped it, to make it better.   I love the fragrance of a peony, it brings back memories of Sunday morning flowers at church, and the little old ladies shaking the ants out of the beautiful plump heads.  Check out more macros here:)
Posted by Far Side of Fifty at 12:48 PM 18 comments:


The Sunday Stills Challenge this week was history or something over sixty years old.  I have lots of old stuff but none of it inspired me. Perhaps it needs to be a photo with a powerful history. 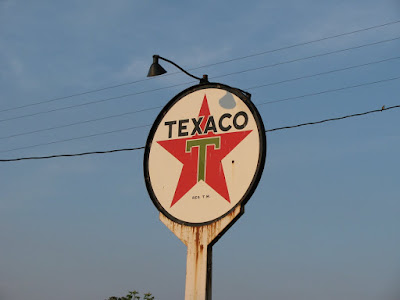 A tiny bit of who I am and what made me an animal person revolves around this sign.  Bob and Ruby owned this gas station, my Mother would drive up and Bob would come out and put gas in the car, check the oil and wash the windshield. 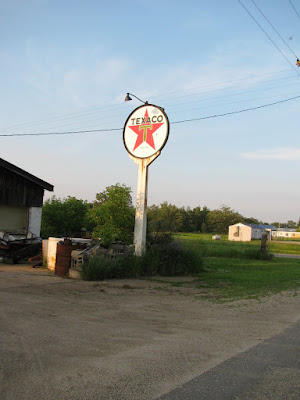 You see Bob and I shared a dog, her name was Patsy/Princess.  I named her Princess, Bob had named her Patsy.  We lived over four miles from this gas station.  One day a German Shepherd showed up at our farm.  I was forbidden to feed her, so I snuck her food out my bedroom window. I climbed out my window and joined this dog in the grass on summer evenings, I told  Princess all of my secrets, and she listened patiently, sometime sighing as she laid her head in my lap.  My Mother could not figure out why this dog kept coming back, as she would chase it off.  Princess visited off and on all summer, she and I were good friends.  She would be with me for a few days and then she would disappear.  As it turns out, one day when we stopped for gas at Bobs Texaco Station, she came running out to the car to greet me, licking my face and wagging her tail. Bob was shocked.  He had purchased her as a night watch dog, the only problem with his Patsy was that she took off every few days to parts unknown.  From then on she was tied up at the station, I visited her..but it just wasn't the same. 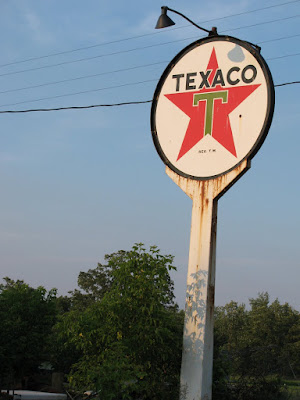 This Texaco sign still stands at the old gas station, every time I drive by, I can feel  the old ghost of two dear friends..Patsy/Princess and Bob.  Ruby is still alive, she always recalls our shared dog story with a smile. To this day, I miss that dog, even though she wasn't mine to miss..we had a connection, a powerful one.
Texaco first put up these signs beginning in 1938:)
Posted by Far Side of Fifty at 12:53 PM 12 comments: 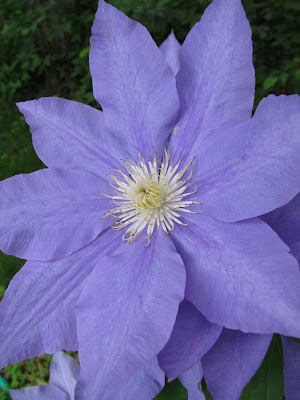 I believe that this Clematis is the one called "Will Goodwin".  I took this photo on Saturday, June 19, 2010 at Far Guys Cousins..she has beautiful gardens! 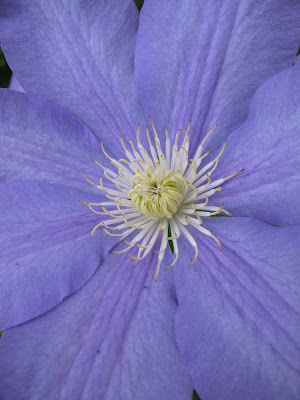 Check out more macros here.   I missed Sunday Stills yesterday..it was just a really busy day:)
Posted by Far Side of Fifty at 1:10 PM 7 comments:

How could I pass up a challenge that has flowers in it! This is my entry for The Bloggers Community Photo Challenge, by the way, you all do a wonderful job..thank you! 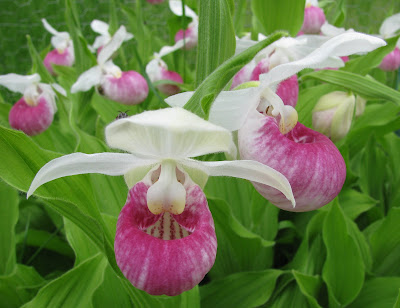 This is a photo I took on June 13, 2010.  These are the Minnesota State Flower, the Showy Lady's Slipper, they bloom every year in mid June around Father's Day.  This photo made me smile with the little bug peeking over the top of the flower:)

I took this photo yesterday at the neighbors.  This is the State Flower of Minnesota, the Showy Lady's Slipper.  This native orchid blooms a short amount of time in June every year in ditches and on the edges of swamps. This flower has no smell,  nothing to attract pollinators, I suspect that the markings on this plant may look like a runway to bees and other bugs. Check out more macros here:)
Posted by Far Side of Fifty at 10:44 AM 10 comments:

My Grandson Adam decided he would be my eye model if I would give him a Tootsie Roll Pop sucker. 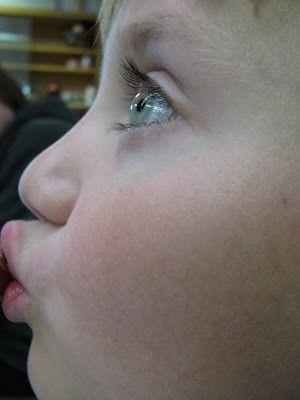 This one made me smile..he was working on that sucker. 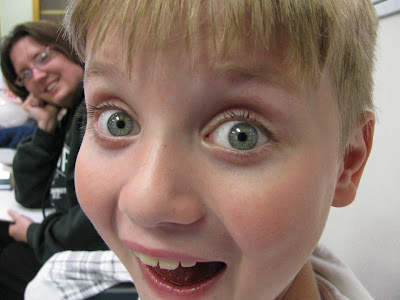 His Mother giving him the evil eye.. as he was opening his eyes very wide for a photo. 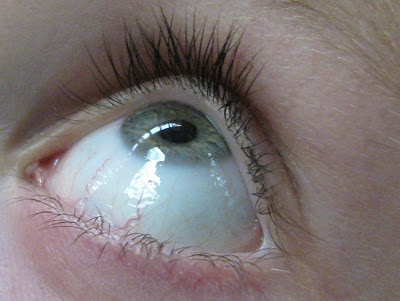 Here it is, my best shot of Adam's eye, eight year olds are wiggly, and hardly ever sit still especially after you have bribed them with a sugary snack.  Check out more Sunday Stills here:)
Posted by Far Side of Fifty at 1:27 PM 16 comments:

The Sunday Stills Challenge this week was Black and White.  I managed two photos this week. Check out more photos here. 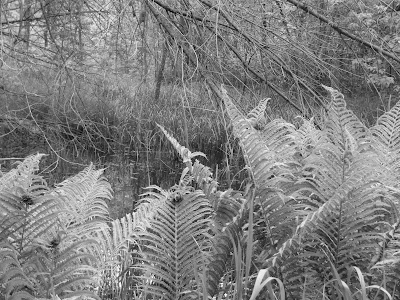 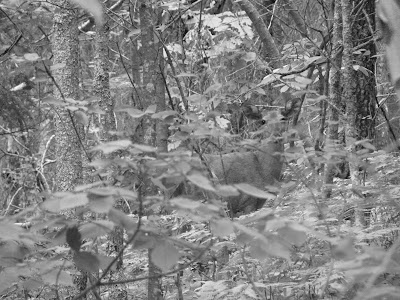 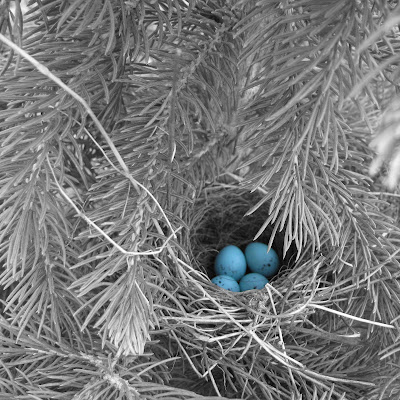 I learned how to do something cool in my Photoshop Elements program  last winter.  It is a very old program, but it suits me OK.

This is what I did.
1. I went into my program and opened up the image I wanted to work with.
2. I duplicated my image. ( Just in case I messed up!) Then I closed out my original copy.
3. Then I went to layer, then to duplicate layer..when it pops up name the layer black and white.
4. Then under enhance..select remove color.  Just like magic your image should turn black and white.
5. Then select your eraser tool, and erase the parts that you want to turn back to the original color.  I zoomed in and selected the appropriate number of pixels to erase at one time.  Erase..erase..
6. Save your new image!   Crop it if you desire.. I cropped mine and made it a square photo. 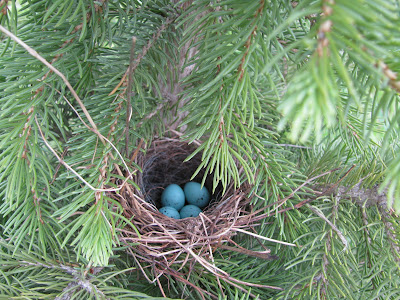 Here is my original image.
I am sure that there are more fancy smancy programs out there.   I only learned this much Thanks! to a Sunday Stiller called Wild Black.  It was a great way to practice and make this entry for The Bloggers Community Photo Challenge:)