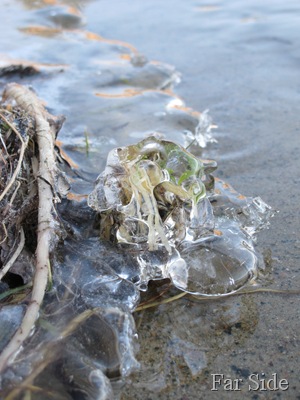 I took this photo ten days ago at Cedar Lake..this clump of weeds at the shoreline is now completely frozen and covered in snow.  Ready or not..Winter is here:(

The challenge this week was to put a high tech item and a low tech item in the same photograph.  Here are some…. 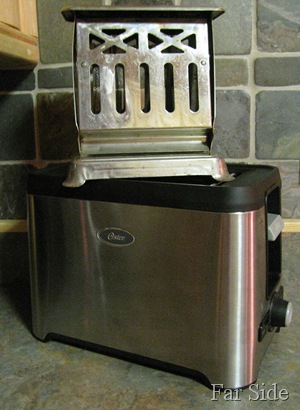 TOASTERS!!
The top toaster is from the 1920's to 1930's.  Back in a time when you had to still slice your own bread.
Happy Thanksgiving later in the week everyone:)
Posted by Far Side of Fifty at 12:20 AM 14 comments:

The challenge this week was to photograph your favorite coffee cup. Here is mine. 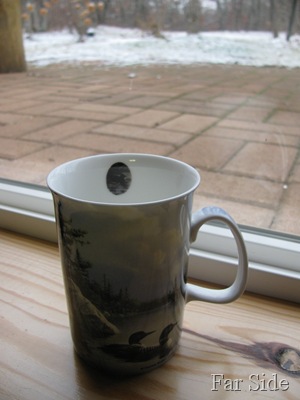 I don’t drink coffee anymore, it makes my blood pressure all wacky.  Sometimes I drink hot water out of this cup.  Yes, that is snow you see out my kitchen window, it melted off of the patio but is staying in the grass.  I guess winter is here:(

The last of the Asters have bloomed..It was very sad..now the photos will be filled with frost or snow..or brown seed heads. Fall is leaving us and winter is coming.  Check out more macros here:) 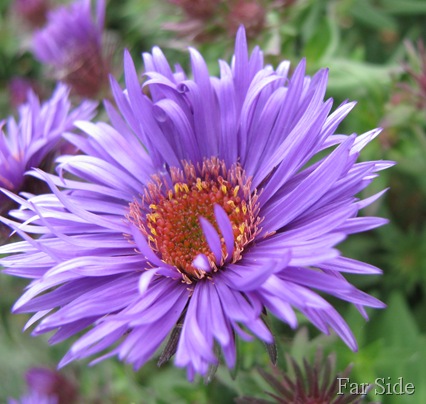 I am not much of a cook.  However Chance usually eats well…in fact he eats pretty darn good. He eats his main meal the same time we do at suppertime..his kibble is usually enhanced with Science Diet canned food and  some kind of vegetable..peas, carrots and spaghetti squash are some of his favorite vegetables.  This is a sample plate of his favorite dog foods/treats. 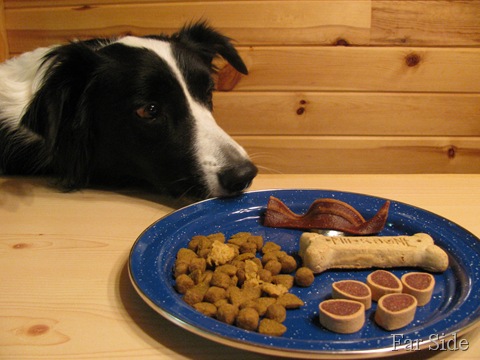 He gets a special custom mix of Science Diet and Purina Pro Plan which is Lamb based.  Custom meaning we buy a bag of each and mix them half and half!  He gets a Milk Bone Dog Biscuit every morning. 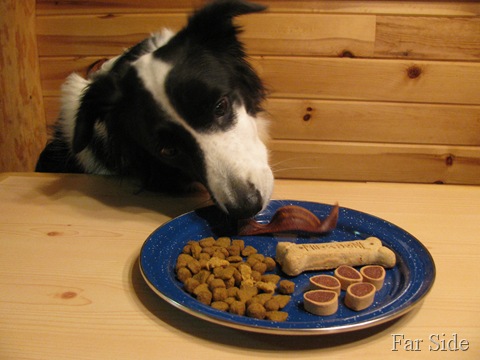 After he eats his supper..and he will not touch his food until we both say “Amen”..anyway after supper IF he cleans his dish..then he gets some bacon looking formed thing that makes him drool.  The little bone things are extra treats that were in his drawer.  Yes he has a drawer in the kitchen..it holds his treats and his grooming supplies..and he has been known to lead small children and some of his favorite adults to the drawer. 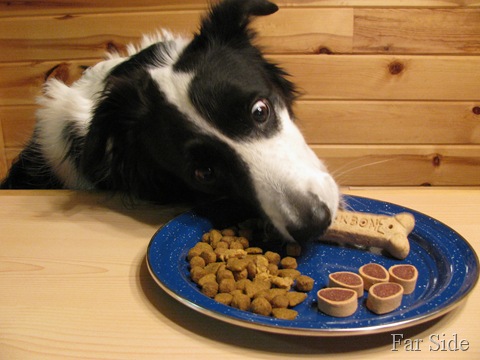 Most dogs we have had in the past have eaten their food with no problem.  Chance must be coaxed to eat.  He has a dish of his kibble available night and day..and the only time it gets touched is when other dogs come to visit.  Sometimes he refuses to eat until you throw his ball, after it has been thrown a few times he drops it next to the dish and finishes his supper.

No, he did not eat everything on this plate..he was only allowed the bacon thingy, the milk bone and one of the little bone things ..and he turned his nose up at his real food.

Check out more Sunday Stills meals here..perhaps you will find some real cooks:)

The challenge was Autumn Color. Our Autumn color has passed..we are now brown until the white comes.
Here is one of my favorite photos from September 26, 2010.   It was taken in Minnesota:) 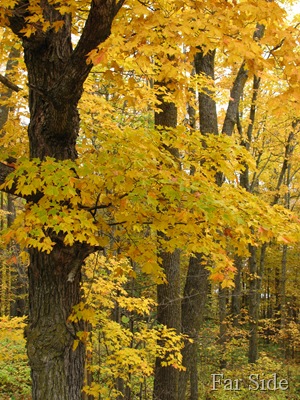